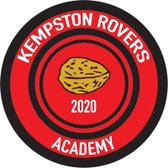 Calling all current year 11 and 12s, Kempston Rovers Academy are looking for the next generation of future stars!

Calling all current year 11 and 12s, Kempston Rovers Academy are looking for the next generation of future stars!

You’d receive a tracksuit and training kit!
ALL FREE OF CHARGE

Kempston Rovers are delighted to announce the opening of Kempston Rovers Academy, where 16–18-year-olds will be given the opportunity to continue with full time education, whilst undertaking a full time football training programme hosted at the club, under the watchful eye of UEFA qualified coaches.

We will be revealing our coaching line up in early February, but we can inform you that the programme will be headed up by an ex professional player who has extensive experience working within a similar set up, and has overseen players progress from non league to the Premier League and the Football League.

Players have a variety of courses to chose from, including A Levels and BTECs to, covering a wide range of subjects from business to sport. Players will receive between 6-8 hours per week of intense coaching which will be held on Kempston Rovers 4G pitches, while participating in a league for the Academy on a Wednesday afternoon, with additional games mid week. This does not stop our players playing with their grassroots club at the same time.

We have created a player pathway which begins at our Academy level, with the chance to progress into our Under 18s and reserve squad. Then climbing our final step into our first team at step 4, and potentially beyond.

There is so much talent in Kempston, Bedford and the surrounding areas. we want to enable young footballers who have been potentially been missed by the system, a chance to show their talents. This is something unique in this area and what we can offer to all our players is the very best coaching for a programme of its kind any where up and down the country and an excellent education to combine with.

We will be playing showcase games against professional Academies within the Premier League and Football League. You’ll be watched closely by top scouts who will potentially invite players to attend training and matches to assess your progress. You’ll have the chance to experience senior football to aid your progression and the opportunity to represent Kempston Rovers in the prestigious FA Youth Cup.

Our aim is to create footballers that have a career within the game at a level, whether that be top level or non league level. We want to create players that play for England Schools and go off to America on scholarships as one of our avenues. Our vision is to create opportunities that lead the pathway for their future.

We are now accepting applications for our first trial in the February half term, dates will be announced in the next couple of week.