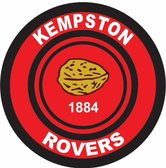 The FA has released the provisional league allocations for the 2022/23 season.

The ever evolving uncertainty of placings for non-league teams has entered another year, and it wasn't any different for Rovers as various predications had us in each of the three leagues at Step 4, a very unique situation where the Northern League was looking all the more likely.

However, Rovers have been placed in the Southern League D1 Central for a seventh consecutive season, a big relief to many Rovers fans.

There will be some new fixtures for Rovers, with the division spreading further west. After the promotions of Bedford Town and North Leigh, as well as the relegations for Colney Heath and Wantage Town, Hadley and Walthamstow have been promoted into the division following their success in the South Midlands League and Essex Senior League respectively.

Chris Nunn's former team Biggleswade Town will also be in our division following their relegation from the Southern League Premier Central.

The two lateral movements come from Gloucestershire based side Cirencester Town and Wiltshire based Highworth Town. Cirencester were losing playoff semi-finalists to Winchester City, whereas Highworth finished a respectable 10th last season, both in the Southern League South.

St Neots are the only team to have been moved divisions as they head to the Northern League.

Over the next few weeks teams will have the opportunity to appeal their placings, so confirmation is expected at the end of the month.